Tonight we have the 1502 Emerald in Toro.  Its a medium brown slightly box pressed cigar and comes in at 6 X 50.  It has a slightly closed foot, invisible seems, and minimum veins.  Its very soft to the touch and looks fantastic.  After lighting a creamy earth note comes in on the draw.  The finish is all black pepper.  Its at a 5-10 on the pepper "zing" scale.  The draw is good, giving off large amounts of smoke with a slight resistance.  The burn is slightly wavy, but no presenting any problems during the first inch.  The body is at a solid medium.

Two inches in, the ash drops off.  The creamy earth is still the only draw flavor and black pepper remain on the finish.  So far, there are not to many different flavors coming in.  The flavors that are there are rich and creamy.  The body is still at a medium.  The draw is still producing large amounts of smoke and the burn is wavy but still not an issue.  Some strength is starting to come into play.  Its medium, but is giving me a good head rush.

Three in 1/2 inches in, the cigar starts to transition a little bit.  The body has moved up to full.  The strength has stayed at a medium, but is kicking my butt a little.  I've got a nice buzz going.  The draw keeps the creamy earth, but adds in a sweet vanilla, and cedar.  The finish is the black pepper flavor  and "zing" sensation and  a slight coffee note.  The coffee fades away fairly quickly after a few seconds.  The burn has gone a little wonky but still does not need a touch up.

With around two inches left, the cigar gets warm and squishy.  The flavors have been washed out by a chard tobacco flavor on the draw and finish.  I sat the cigar down for the last time at the 1 hour 15 minute mark, with a good buzz going.

Again, another BIG thank you to Gary Griffith(@emiliocigar) for sending this and other fine cigars in for review!!! 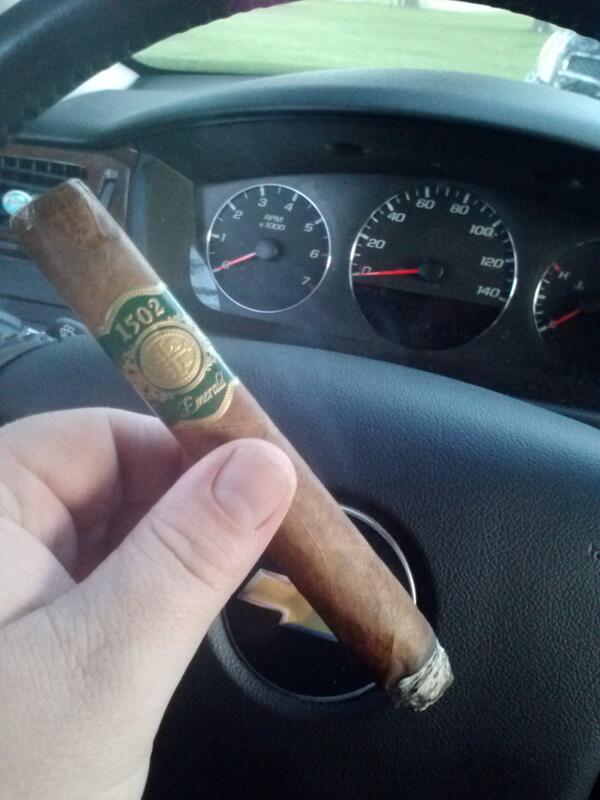 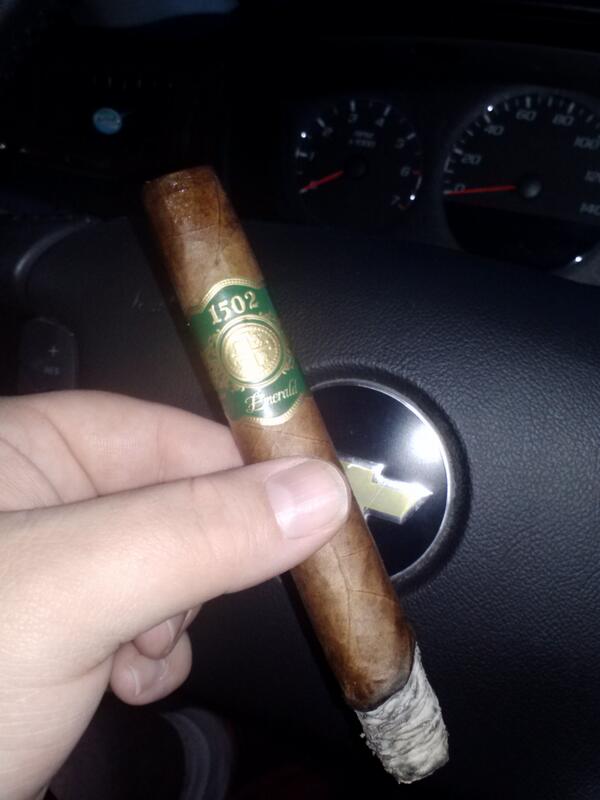 Stogie Binks Cigar of the Year

Stogie Bink
My Name is Kyle. But call me Bink. I love cigars. They are my passion. The relaxation I get from smoking a well constructed, flavorful cigar is amazing. I will be reviewing cigars in great detail on this blog. I hope you enjoy the blog as much as I enjoy sharing my experiences. Thanks!